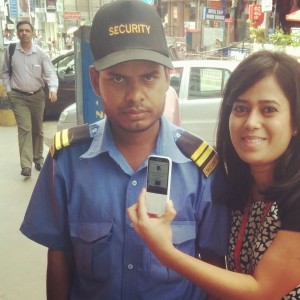 Airtel’s overall voice market share is a better way to analyze the impact of smaller players’ lower tariff strategy on incumbents’ market share (given it is an incumbents across all the circles). The data shows that Airtel has managed to hold on to its share (~30%) despite smaller players’ pricing minutes at a discount (for example, Telenor’s voice RPM is 20% lower v/s Bharti/Idea, adjusting for their ILD/NLD/roaming revenue). Telenor has a 6.5% revenue share in its six circles and managed to gain ~170bps in the last nine quarters. Even Idea has gained ~220bps in 14 of its newer circles despite overall good execution. These 14 circles contribute 60% of the industry revenues and Idea currently has ~10% revenue share in them.

3G volume pick-up has helped incumbents’ sharply gain share in the data segment. While both Airtel and Idea have gained, Airtel’s market share rise has been more (+10.5% v/s 6.7% in case of Idea). This is because Airtel’s 3G footprint covers a higher percentage of subscribers. This trend should only accelerate as Bharti’s has further increased coverage for 3G (98% v/s Idea 80% of their revenue base) as well
as LTE (75% v/s 65% for Idea). In addition, Idea’s reluctance to meaningfully increase capex and launch LTE, instead waiting for Jio’s launch leaves it vulnerable not only to a superior technology (LTE v/s 3G) but also on user experience, given Jio’s network would be able to provide a better user experience, as it will be a new network and hence empty at launch, in our view

Weaker operators (RCOM, Tata DoCoMo, Aircel, Telenor) are likely to suffer the most given their balance sheet debt and spectrum portfolio severely limits their ability to take advantage of the growth data.