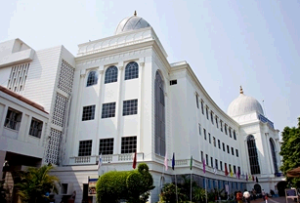 The Indian Telecom Regulator – TRAI will decide on issue of predatory pricing in the next few weeks. In response to the consultation paper floated by the regulator in this regard, incumbent telcos (Airtel and Idea) have asked for following considerations – (a) Investments in 2G and 3G technologies cannot be ignored under the logic of obsolescence (b) asked for treating 4G/3G/2G services as a separate class of service. Additionally asked to treat wireline and wireless as separate services. (c) Not allow pricing below interconnect charges (IUC) and IUC should be computed on full costs.

Reliance Jio Infocomm is not in favour of 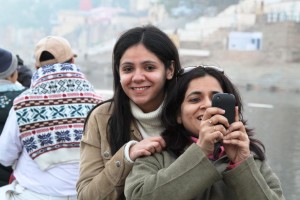 The disruptor will always come with breakthrough innovation. In the Indian Telecom industry which is now 23 years old [since private operators were allowed to operate] Reliance Jio Infocomm introduced a new concept of electronic consumer verification known as eKYC authenticating the consumer with the world’s largest Biometric database. Idea Cellular’s eKYC Automation process has reduced Sales, Marketing and Admin cost by a whopping 21%. Earlier telcos wanted to staff more people in the subscriber form collection and verification process in attempt to drive faster subscriber activation yet despite this subscriber activation time ranged anytime between 4 hours to 2 days. Additionally the EKYC process allows telcos to have better control on subscriber quality and align trade incentives accordingly. We expect this to 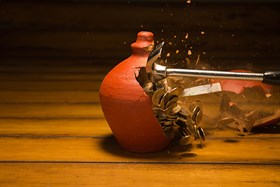 Jio’s business case, at some level, needs the support of an industry size that is materially larger than what it is today. Jio has a reasonable business case in a market where the other incumbents Airtel, Vodafone and Idea – A-Vo-Id lobby has one.

Jio is well funded by its parent and its discounting model is hurting the A-Vo-Id Lobby and it can potentially drag the industry size down to such low levels in the near term that raising it to the needed for a reasonable business case levels within a reasonable time frame may become near impossible.

In the Worst Case a 60%+ yoy decline in India wireless EBITDA levels of the industry (ex-Jio) in FY2018 to under Rs 200 bn levels. For an industry

Reliance Jio’s free pricing blitzkrieg has triggered the largest round of consolidation in the telecom industry. Vodafone and Idea Cellular are reportedly in talks for what could possibly be an all share merger deal; Vodafone indicated that its 42% stake in Indus is excluded from any potential transaction. Such an agreement would combine the 2nd and 3rd largest domestic telco operators, commanding ~40% revenue and 35% subscriber market share, ahead of Airtel’s 31% revenue and

The management of Idea Cellular stated that only ~10% of consumers are on packs of >1GB on 3G / 4G LTE networks in a month / 30 day cycle. Hence the higher allowance for high usage packs will not by itself result in sharp ARMB decline.

Idea carries the second highest data traffic in the industry by garnering 20.5% data RMS [Revenue Market Share] in FY16, which is higher than its overall RMS. Its incremental data RMS was 27%. Idea deployed close to 40,000 3G/4G sites in the past year in addition to

The Indian Department of Telecom (DoT) has put out the Notice Inviting Application (NIA) for auction of seven spectrum bands starting from 29th September 2016. The spectrum bands include 700MHz, 800MHz, 900MHz, 1800MHz, 2100MHz, 2300MHz and 2500MHz constituting a total of 2356 MHz spectrum with the largest chunk in the 700MHz band. This auction is the Largest ever Telecom Spectrum auction till date in terms of quantity, quality and price of spectrum being put on 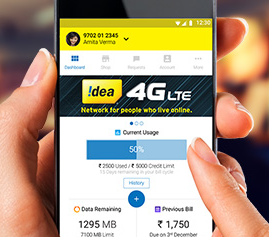 Airtel and Idea recently announced price cuts / Increased Benefits on Pre-Paid 3G / 4G Mobile Data Packs. They have announced steep price cuts on entry-level and high-volume data packs. We expect Vodafone to follow suit soon. Effective cuts come essentially in the form of higher data allowance on smaller packs at one end and higher volume packs at the other end. Effective data realization (per MB) cuts range from 20% to 40% on different packs.

Idea and Airtel have a very Smart Analytics team which suggest the dynamics of pricing in the Indian Wireless market. Both the companies have not touched packs with monthly allowance between 300 MB and 1.5 GB which are the

Mobile Data growth has slowed down meaningfully for operators with data ARPU’s flattening out over the past 3 quarters despite the massive rollout of services from operators. While this could have been palatable if the base were high enough, such a slowdown on low data volumes overall is a worrying trend. We believe while realization decline is necessary for increasing usage, education of users and need creation for internet use would be the key to pushing growth of data usage going forward.

Given the impending threat of Reliance Jio entry, incumbents – Airtel, Vodafone & Idea have accelerated the pace of mobile broadband data network rollout in a blind game forgetting the Economics of Return on Investments. Cumulatively, they have added 72.8K 3G/4G BTSs over the past four quarter (total installed base of 172.5K), with Airtel having added 35.7K, Idea 19.8K and Vodafone 17.3K during the quarter. Idea increased its capex guidance to INR75bn (from INR60-65bn earlier), the third increase in capex guidance over the last 9 months (1.5x of initial guidance), on account of faster data rollout.

Two key debates would continue for the sector – 1) pricing vs volume and what it does to the market dynamics; and 2) capex intensity vs returns – how much is enough given the slowing mobile data growth [3G / 4G].

Idea which in the past has 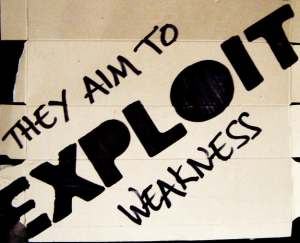 Though TRAI accepted / acknowledged most of our Regulations on NetNeutrality one of them is highly debatable and can create lot of controversy. In TRAI’s Consultation Paper [CP] the fourth question posed was – Is there any other issue that needs to be considered. We at DSLIndia have been tracking the Indian Telecom Sector for over 15 years and we know the pulse of each of the service provider. Our goal is to Maximize revenue to the Government and bat for high quality consumer experience. In this backdrop, we went into Out of the Box Thinking Mode and it is we who brought this idea to light to the officials of the TRAI to keep the entire Telecom Network Neutral and made the following suggestion, [Source PDF]