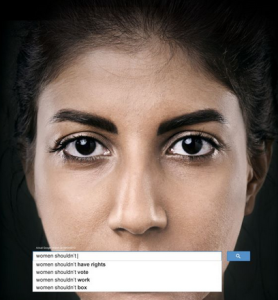 The past decade has seen significant migration of advertising dollars from traditional media like TV and newspapers to digital channels like internet and mobile devices.

Mobile Advertising
Mobile devices – smartphones and tablets – are changing the consumption pattern of various publishing platforms and content. User engagement on mobile devices is significantly better than on the desktop given the 24×7 availability of mobile communication amongst other things. The best examples of this shift are Facebook and Twitter, where engagement and monetisation have significantly moved to the mobile format. On a worldwide basis, mobile advertising still represents less than 2% of total advertising spends and around 8% of total spends on digital media. As brought out by examples of Facebook and Twitter, it is imperative for other platforms to build their mobile presence more extensively in terms of apps and otherwise, which in turn would enable continued growth of advertising spends on mobile platforms.

Video advertising should witness Uptake
Video consumption is increasingly shifting from traditional media like TV to online channels with proliferation of content through YouTube, Hulu Plus, Amazon, other video sites and over-the-top service providers like Netflix. We are even seeing the phenomenon of Video cord cutting in some parts of the developed economies with 6% of US households believed to have already cut the cord by some estimates. Quality and magnitude of professional content for online video consumption has improved meaningfully in recent years, which too is helping drive this shift.


Improving broadband speeds, both wireline and wireless, in the developing economies is aiding traction of online video consumption in such markets. Also, as noted earlier, the proliferation of smart devices is moving consumption to mobile platforms, where engagement typically tends to be richer.

How Digital Advertising has Advantage over Others ?
Easily measurable: It is easier to measure the benefits of online advertising, as it
is easy to monitor multiple aspects like click-throughs, click-through conversions into actual sales, calls for direction, calls for action, etc. Online media is also more interactive in nature.

Cost-effective: In general, online media is economical compared to print media. RoI on online campaigns, especially the ones that are search-oriented, tend to be very high.

Better targeting: Online advertising provides better targeting abilities through contextual or behavioural listing of ads, which are more relevant to the user.

Internet advertising comprises 21% of total advertising dollars, which is largely in line with the percentage of time spent on the internet by consumers. However, one would expect the time spent on internet to keep moving up over time. Proliferation of social media networks like FB and Twitter, professional networks like LinkedIn, phenomena like video ‘cord cutting’ and instead viewing of unbundled programmes online are all leading to consumers spending more time on the internet and less on other media.

As digital channels continue to garner a higher proportion of total time spent on various media, especially given the proliferation of mobile devices (which make content available and accessible at all times and where engagement tends to be richer), one should expect online advertising spends to continue to grow faster than advertising on traditional media.