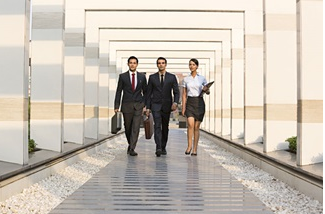 Consolidation in the Indian Telecom industry is inevitable with weaker players such as Tata DoCoMo / Indicom looking to exit as its already negative networth worsens by the day. The current M&A Rules of the Government indicate 50% combined market share and 25% total spectrum cap (50% in a given band). Market share is based on both subscriber base (VLR-based) and adjusted gross revenues (AGR). We analyze on this front as bottomline of all the Challenger has been bleeding in red for quite few years now.

We have already enlightened that Reliance Jio Infocomm bid in circles where Videocon’s 1800Mhz Spectrum was absent. In this case, Reliance Jio will not breach any spectrum cap but will have overlapping spectrum in just 2 circles. Reliance Jio is quite about the acquisition of Videocon not to attract criticism of backdoor bidding for spectrum. So Reliance Jio Merger & Acquisition with Videocon is certain.

How can Reliance Jio Infocomm takeover Taat DoCoMo ?
If Reliance Jio Plans to takeover Tatat DoCoMo / Indicom which is already in talks with Vodafone, then the former will get 2G in 14 Circles / 3G in 9 Circles Voice & Data footprint and CDMA voice 19 circles including. Reliance Jio experts are analyzing the current feasibility of spectrum deployment in various circles. In case of takeover, the Spectrum Cap breach will be only in just 3 circles however, Reliance Jio will have to takeover a bleeding balance sheet of Tata.

Reliance Jio Merger with Aircel will give the merged entity PAN India 2G footprint of Voice and Spectrum. 3G in 13 circles and a good case for CSFB deployment. However, it will have spectrum breach in BWA 2300Mhz band in 7 circles and will inherit a heavily bleeding balance sheet of Aircel.

Let us wait and see how the King of Indian Business Mr. Mukesh Ambani makes his move in the next couple of months.