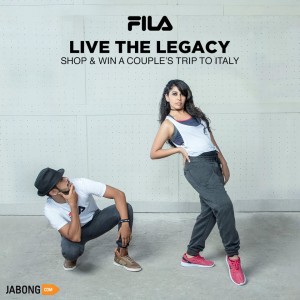 The Indian eCommerce Saga trails the Americas by a decade. 2013 to 2015 were eventful years for the Indian internet sector. Overall, 2015 GMV growth for the e-commerce sector saw the fastest pace in the past five years, despite a higher base. Funding activity, too, peaked in 2015. Investor optimism was high as well valuations doubled in many successive rounds of funding within a gap of just a few months. There were several large funding rounds such as Flipkart’s US$1 bn one, followed by a couple of US$700 mn funding rounds over the next six months, valuing the company at US$15 bn. Snapdeal raised over US$600 mn in 2014 and followed it with another US$500 mn round in mid-2015, while Paytm raised US$680 mn in Sep-15 from Alibaba and Ant Financials (Alipay). Ola also raised over US$1.1 bn between Oct-14 and Nov-15, in three rounds of funding

The Flawed GMV Based Valuations Model
GMV was the most widely tracked key performance indicator for ecommerce companies — not only internally, but for investors as well. Companies expanded GMV without focusing much on unit economics. This led to an increase in discounting and marketing activities aided by a healthy funding environment. Both Flipkart and Snapdeal had very aggressive GMV targets. At one point, Flipkart was aiming for US$10 bn GMV by the end of 2016 and Snapdeal was targeting to beat Flipkart on GMV.

The large funding rounds were directly negotiated by investors with the companies. As a result, valuations were increasing at a pace higher than GMV. For example, between May-14 and Jul-15, Flipkart’s valuation increased by close to 7x, while the GMV run-rate went up 2x— with greater investor demand bringing in a higher valuation. Similarly for Snapdeal, valuations increased by close to 6x between May-14 and Aug-15, in line with GMV. Isn’t this totally a flawed way to fund a company with no patents or path breaking technology that will change the world ?


Customer Acquisition at any Cost – As the focus was clearly on scaling up, the companies invested significantly in expanding operations geographically as well as in getting an increasing number of users onto the platform. Customer acquisition was largely driven by a low pricing strategy, which led to commoditisation in business models.

Logistics is one of the largest cost items for e-commerce firms, ranging from 10-20% of the GMV, depending on the category of goods. Given that the average commission for the Indian e-commerce firms is 5-12%, in many cases, the net commission (commission less the discount) is not sufficient enough to cover the delivery cost.

High return rates (which are even higher in case of COD or cash on delivery transactions) make matters even worse given the reverse logistics cost, which is typically borne by the company (recently, there have been efforts to share it with the merchants). The “no questions asked” return policies put increased burdens on companies as the cost was borne by the e-commerce companies in many cases—returns used to be as high as 20-25% a couple of years ago.

The honeymoon ended soon and eCommerce companies began to face the reality of Indian Economy and Valuations dropped, offer letters withdrawn, customer experience began to fall as Multinational Internet companies with deep pockets give Flipkart group and others a run for their money.