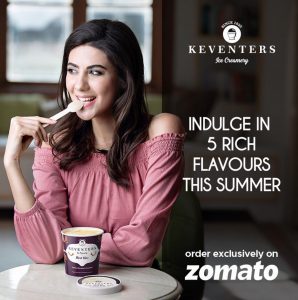 The Indian restaurant market is highly fragmented with only 6.2% of the value being driven by chain restaurants and the remainder being standalone restaurants (source: RedSeer). This makes the role of an aggregator like Swiggy / Zomato important as it can aid the growth of the industry by giving restaurants the ability to market, engage and acquire customers without the need for sophisticated digital marketing tools, branding expertise or their own delivery infrastructure. 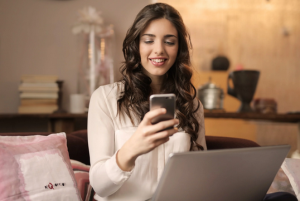 Bharti Group Chairman Sunil Mittal stated that the funds from the rights issue would be deployed in 5G, fibre (both for 5G and Home and Broadband) and data centres. With 15% of the handsets shipped being 5G-capable today and 5G auctions planned in early 2022. Airtel sees 5G rollouts happening in a staggered manner from second half of 2022. We estimate that 5G handsets to constitute 40%/15% of the installed handset base in metros/India; Airtel’s rollout could thus be timely. Airtel expects 5G to become a reality and devices to become fairly prevalent in metros by 2H2022. This would be followed by increase in spread in smaller towns. It hopes that the government makes 5G spectrum prices attractive. In home Broadband, it targets 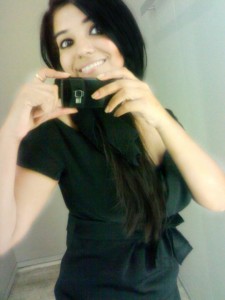 Bharti ran a special programme with its network vendors, to increase spectral efficiency by up to 5% in all circles. It deployed 280 Massive MIMO sites in FY21, well below Vi’s 1,700. It appears that Airtel is less reliant on massive MIMO as a capacity

The Chinese Telecom think-tanks have changed their strategy over the last six months, mainly driven by increasing recognition as a result of China Mobile / Telecom / Unicom lobbying that the 5G ecosystem will take time to mature, and an escalating global tech war that has substantially reduced the size of global demand for Chinese telecom equipment.

Instagram Reels a clone of the banned Chinese App TikTok is a potential positive around engagement, on what should be a highly monetizable vertical for Facebook Inc. In addition, we see the move as a defensive play in helping retain usage that might have otherwise shifted to TikTok from Instagram.

Product Managers had to debate on How much incremental consumption Reels offers versus cannibalism – does it take time spent from higher monetizing newsfeed or lower monetizing stories ? In our view we think it can drive a pickup in overall consumption and cannibalize more time from Stories, a modest positive if proven correct.

Does the format lend itself to more ads per minute or fewer ? This is composed of two factors. How many clips per minute a user can

Swiggy the Online Delivery partner for restaurants is now present in the Top 500 Cities of India. The food delivery business is the mainstay of the business and accounts for 80% of the company’s revenues. Testing if the spaghetti sticks to the wall or not, Swiggy after a considerable deliberations ventured into Cloud Kitchens – … Read more

The Shock En masse, Indian web consumers went from their regular searches to searches related to the Chinese virus – all about it, and how to beat it. Massive surges were seen in searches for sanitizers, masks and soon, immunity boosters. With sanitizing becoming a compulsion, cleaning products also came center stage. Consumers were lapping everything on these subjects they could find. The early days were dominated by

Incumbent Telecom Operator Bharti Airtel Ltd has been managing 2G / 3G and 4G Networks. Though off late, they are re-farming the 3G Spectrum to 4G LTE Network. An achievement worth mentioning is that Airtel has offloaded 37% of its Voice Traffic to VoLTE. This is made possible with the mass availability of VoLTE compatible handsets in the market. Additionally, 38m subs can use VoWi-Fi based on device compatibility; 2m are the daily active subs and 5m+ users have used this service till now at least once. Post Airtel VoWi-Fi rollout, there has been a 73% increase in call duration and 42% reduction in failed call attempts due to improved indoor experience.

850MHz acquired from Tata Indicom is actively used by Airtel. Airtel has 850MHz wireless spectrum in 5 circles though it has 5MHz in none of these. In two circles, it uses the 850 band for LTE. Being sub 1 GHz spectrum, it is used to improve reach and

Vedantu company is the second most valued ed-tech start-up in India following its USD 100mn fund raise at a valuation of USD 600mn during a Series D round led by Coatue Management, Tiger Global, GGV Capital, Omidyar and Westbridge Capital. Its founders Vamsi Krishna, Pulkit Jain and Anand Prakash won the ET Startup Award for 2020 under the Category – Come Back Kids.

Interestingly, the Vedantu’s valuation has more than doubled in just three months, as it had earlier raised USD 7mn from KB Global at a valuation of USD 280mn in April 2020. We believe the latest fund raise comes under the backdrop of the fast growing adoption of the online medium for learning purposes in the country that was visible even prior to the onset of the Covid-19 pandemic. The pandemic has further