Bharti ran a special programme with its network vendors, to increase spectral efficiency by up to 5% in all circles. It deployed 280 Massive MIMO sites in FY21, well below Vi’s 1,700. It appears that Airtel is less reliant on massive MIMO as a capacity

Incumbent Telecom Operator Bharti Airtel Ltd has been managing 2G / 3G and 4G Networks. Though off late, they are re-farming the 3G Spectrum to 4G LTE Network. An achievement worth mentioning is that Airtel has offloaded 37% of its Voice Traffic to VoLTE. This is made possible with the mass availability of VoLTE compatible handsets in the market. Additionally, 38m subs can use VoWi-Fi based on device compatibility; 2m are the daily active subs and 5m+ users have used this service till now at least once. Post Airtel VoWi-Fi rollout, there has been a 73% increase in call duration and 42% reduction in failed call attempts due to improved indoor experience.

850MHz acquired from Tata Indicom is actively used by Airtel. Airtel has 850MHz wireless spectrum in 5 circles though it has 5MHz in none of these. In two circles, it uses the 850 band for LTE. Being sub 1 GHz spectrum, it is used to improve reach and 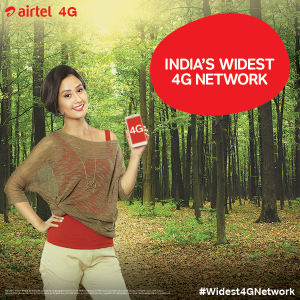 The acquisition of spectrum in three circles has been done at a total consideration of INR35bn (~4% of current net debt at the company). Aircel had paid INR 34bn for this spectrum in the 2010 auction, which implies a 47% premium that Bharti has paid when adjusted for residual life. The same spectrum has a reserve price of INR 44bn in the upcoming auction, so Bharti has only paid a 14% premium when adjusted for residual life vs this. The impending entry of Reliance Jio has 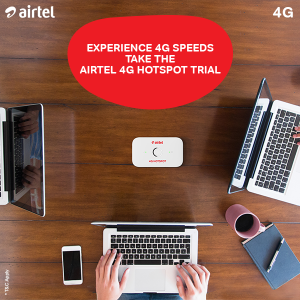 Sunil Mittal led Bharti Airtel announced that it has entered into a definitive agreement to acquire right to use 2X5 MHz spectrum in the 1800 MHz 4G LTE band from Videocon. This deal, if concluded, will mark Videocon’s exit from the telecom market. This deal happened amidst the cancellation of earlier sale of Videocon’s spectrum to Idea Cellular. The acquired spectrum in all six circles (valid until December 18, 2032) is contiguous in nature and can be used to offer LTE data services. The acquisition will further strengthen Airtel’s 4G LTE footprint, with LTE (both FDD and TDD) spectrum covering 93% of its overall revenue or 19 out of a total 22 circles.

In circles where Airtel offers 4G services, it now offers 4G-LTE data at the same tariff as 3G (in some higher-end dongle plans 4G is even cheaper than 3G). We believe this is a significant event in the life cycle of 3G in India. While we are yet to see any operator launch 4G on 1800 MHz, if the pricing here is the same as on 4G on 2300 MHz (very likely), we foresee a situation where 3G networks will be competing against newer networks of far superior capability (on speed, coverage and cost).

How Profitable is 3G Data Service as an Incremental Offering in India ?
While world over the experience on data profitability is not clear, Indian telcos have consistently claimed that the data business 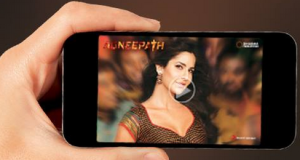 Reliance Jio Infocomm’s primary focus is 4G LTE and FTTH services. Pre auction, the biggest concern was Reliance Jio’s foray into telecoms and especially 900 MHz spectrum and 2G voice market. Reliance Jio has spent Rs111bn acquiring 1800 MHz spectrum of an average 5.6 MHz pair band across 14 circles in contiguous block. This will enable it to provide FDD LTE services along with TDD in 2300 MHz, including voice to non-RJIL networks. Likewise, Airtel has already rolled out 4G LTE Services in the 2300MHz band with CSFB Technology.

Our discussions with various Network Engineers

Speaking on the Occasion of launch, Jagbir Singh, CTO & Director of Airtel Said,

Airtel, India’s Largest Wireless Carrier just a while ago told us that they have tested their 4G LTE network in Pune with Nokia Siemens Networks’ Circuit Switched FallBack (CSFB) voice solution using the underlying GSM Band. With CSFB, the network can transfer customers to GSM platform to make and receive voice calls and access voicemails … Read more